What the Heck is Steem? 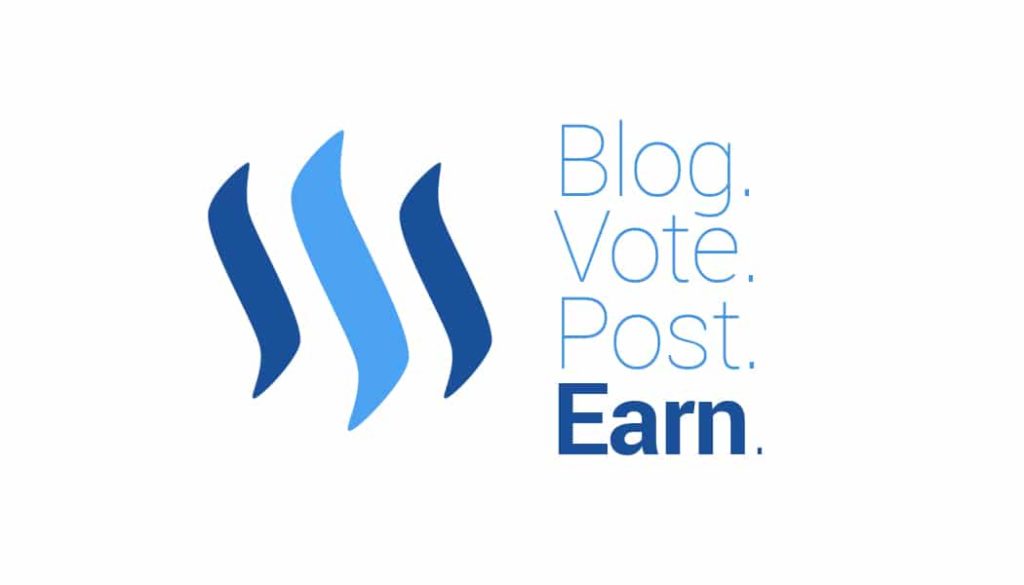 Steem is more than just a cryptocurrency; it is a social network built on the blockchain.

Compared to other blockchains, Steem stands out as the first publicly accessible database for immutably stored content in the form of plain text, along with an in-built incentivization mechanism. This makes Steem a public publishing platform from which any Internet application may pull and share data while rewarding those who contribute the most valuable content

Steem uses its blockchain to give itself two main advantages over other social networks: block rewards go to the users and it is impossible to censor.

Steemit (Steem’s social site that is just an easier way to view the Steem blockchain) rewards content based on a ‘Proof of Brain’ model. Steemit harnesses the power of the crowd to say which content is best (using up and down votes). The content that gets the most upvotes gets the most rewards. Additionally, votes from users with a lot of STEEM Power (See below) carry more weight then votes from users with little STEEM Power.

The basic idea of Proof of Brain is this: People know what content they like and will vote for it. People with a lot of STEEM Power are invested in the site and so care more about good content. All Steem needs to do is reward the content that the general community and the vested users like, and more good content will be created.

Steemit also rewards users for voting and commenting on posts. This is known as ‘curating.’ Essentially, the more active you are in the Steemit community and the more you try to better the site, the more crypto you are rewarded.

This just sounds like Free Money – How does it work?

Anyways, think of it this way. Steemit is a giant game where people compete for points. Better content means that you earn more points. You can also earn points for finding good content or even commenting on good content (making good content better). In addition, there is a global earned points multiplier that you can get by investing points into yourself. The more points you invest into yourself, the more the game sees that you want to make the game better, and so rewards you more.

It also just so happens that these points are traded on crypto exchanges and the market values them at some rate. Because people value the points on exchanges, it essentially means that the points you earn in the Steemit content game have real world monetary value.

The Steem ecosystem uses three cryptocurrencies: STEEM, STEEM Power, and STEEM Dollars. STEEM is the unit that powers the blockchain and is basically what Ether is to Ethereum. STEEM Power (SP) is a measure of how much STEEM a user has vested into Steem, and STEEM Dollars (SBD) is a Steem Backed Dollar.

Steem rewards are paid in a combination of SBD and SP. Rewards are paid in SBD in part to better communicate the amount of reward. As SBD is pegged to the dollar, saying that your post earned 30 SBD is more intuitive than saying it earns 72 STEEM. SBD and STEEM can also be traded on Steemit.

Content also earns SP as SP measures how invested you are into Steem. Obviously, if you take time to create content for Steem then you are at least a little bit invested. Being rewarded in SP is recognition of that.

When a new block is forged (not mined, different way of doing things than Bitcoin. See below) on the Steem blockchain, new STEEM is created. 75% of the STEEM goes into the rewards pool to be paid to content creators. 15% is paid as interest to SP holders, and 10% pays the forgers of the blockchain

A Little Extra on STEEM Power

SP can’t be traded. If you could trade easily trade your stake in Steemit, it wouldn’t be a purposeful value. SP can be earned in more ways that posting content however. This is done through ‘Powering Up’ (converting STEEM to SP). SP can be converted back to STEEM through ‘Powering Down’. Powering Down is a process that takes 13 weeks to complete.

Steem also has dapps (decentralized apps) built on top of it. Such as:

Additionally, there are some useful apps for interacting with Steemit:

And then hear are a couple of ways to checkout the Steem blockchain:

Speaking of the blockchain, Steem is very different than Bitcoin in this regard.

How the Steem Blockchain Works

Proof of Stake choses which node gets to add a block based on their stake in the blockchain. The more coins they own, the higher their stake. The thought behind this system is that the people that have the most to lose from a malicious attacker are those that own the most coins. As they have the most to lose, they are the safest choices for adding clean blocks. Even though a single node is chosen to add a block, then entire network still needs to validate the new block.

Delegated Proof of Stake chooses a few nodes out of the network to add blocks and validate blocks. These nodes have a lot at stake and are chosen by all the nodes on the blockchain through a vote. In regards to Steem, a group of 21 ‘Witnesses’ take turns creating and validating 21 blocks in rounds. The witnesses are chosen by the Steem community and change a little from round to round to help prevent collusion.

On Steem, data only needs to pass through 21 nodes to be confirmed, and not the entire network. This enables the Steem to process many transactions (each vote, post, or comment counts as a transaction). Blocks are added every 3 seconds and can handle up to 10,000 transactions per second. As reference, Bitcoin, at its peak made about 425,000 transactions per day, which was about 5 per second (and its peak capacity is not much more than that).

The idea of Delegated Proof of Stake also seems to do away with the concept of decentralization. And there can be an argument made for that. But arguments can also be made that needing specialized mining equipment makes Bitcoin less decentralized as well. Both are topics for another day.

When a new block is forged, 3 STEEM are created. Only 10% goes to the witnesses as SP. Paying witnesses in SP is essentially paying witnesses with more stake in Steem. This also means that witnesses will not be able to cash out all at once and have even more reason to protect the integrity of the blockchain.

The Concept of Censorship on Steem

Every post, comment, or vote is treated the same as a transaction on the blockchain. Changing ever a letter in a long post will completely change the makeup of the block. As the blocks are tied together, the change will be immediately noticeable to the witnesses. If the witnesses want to keep their jobs, they will reject this change, just as they would reject a fraudulent transaction of STEEM.

The most amount of censorship that is practicable on Steem is the removal of content from Steemit. This is only possible because Steemit is the front-end display of the blockchain and not the actual blockchain. If this were to happen, the content would still be available on the blockchain through a blockchain explorer.The content would not disappear, you would just need to dig for it.

Steem is a social blockchain (viewed through Steemit) that rewards users for their content. Because content is on a blockchain, it can never be removed, changed, or censored. All content creators are rewarded based on their content and their investment in Steem. Rewards are paid from the new STEEM that is forged from the blockchain. The Steem blockchain uses a Delegated Proof of Stake system instead of a Proof of Work system. This allows Steem to have a capacity for 10,000 transactions per second, no transaction fees, and a block addition time of 3 seconds.

Overall, Steem is a decentralized social experiment that seems to be having results. Creating immutable social content that earns you crypto is a very enticing concept.